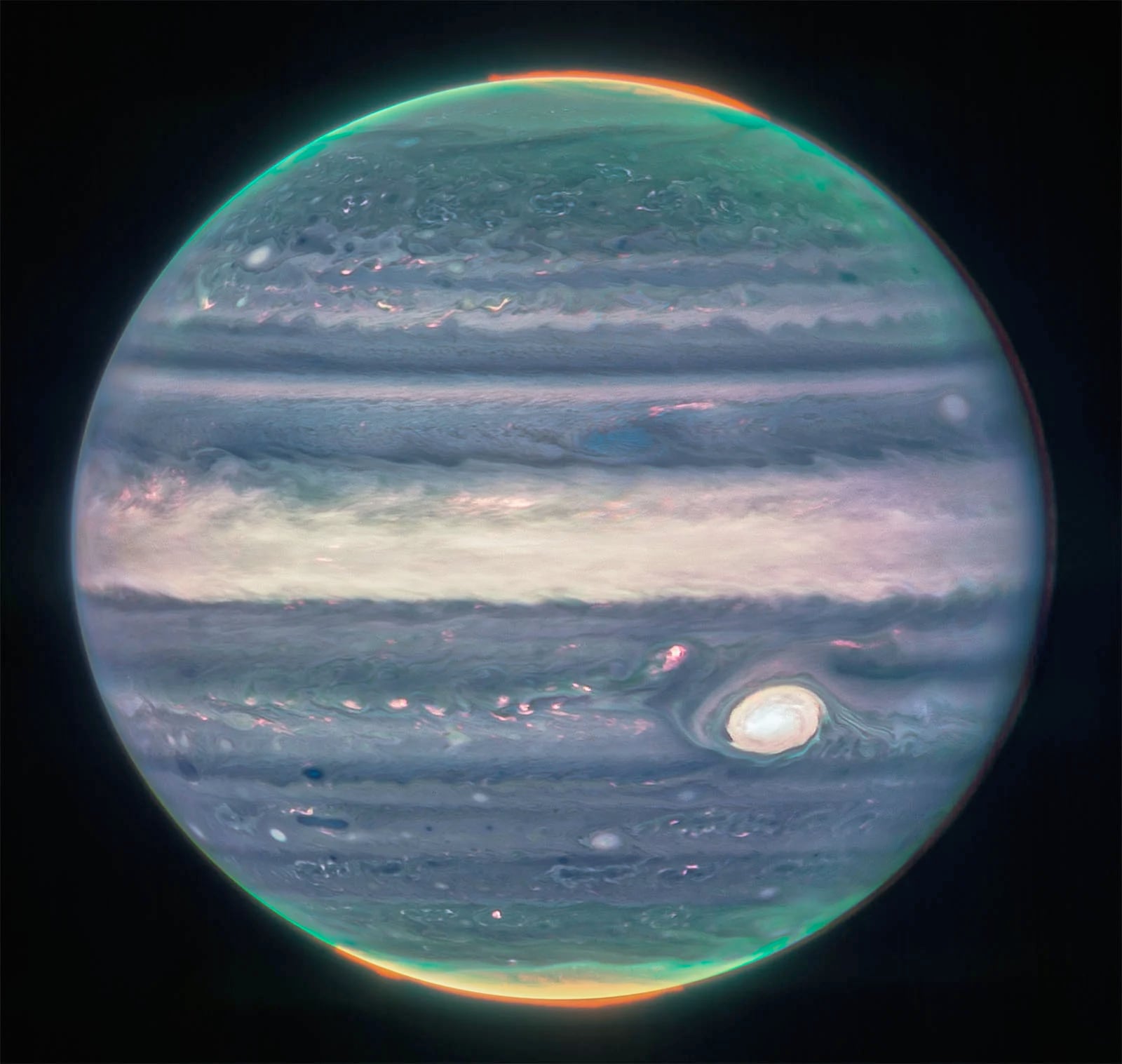 Against a dark backdrop filled with hazy dots that are likely distant galaxies, the wide view features two of the planet’s moons, Amalthea and Adrastea, and its rings. According to the European Space Agency, which released the images, the dusty halos shown are one million times fainter than the gaseous mass they encircle.

For the close-up, astronomers applied three filters to the NIRCam to capture the tiny details of the largest planet in our solar system. Zeroing in on the Jovian atmosphere, the image shows two polar auroras shining through red hues, with brilliant greens and yellows swirling around. “A third filter, mapped to blues, showcases light that is reflected from a deeper main cloud. The Great Red Spot, a famous storm so big it could swallow Earth, appears white in these views, as do other clouds because they are reflecting a lot of sunlight,” the agency says. 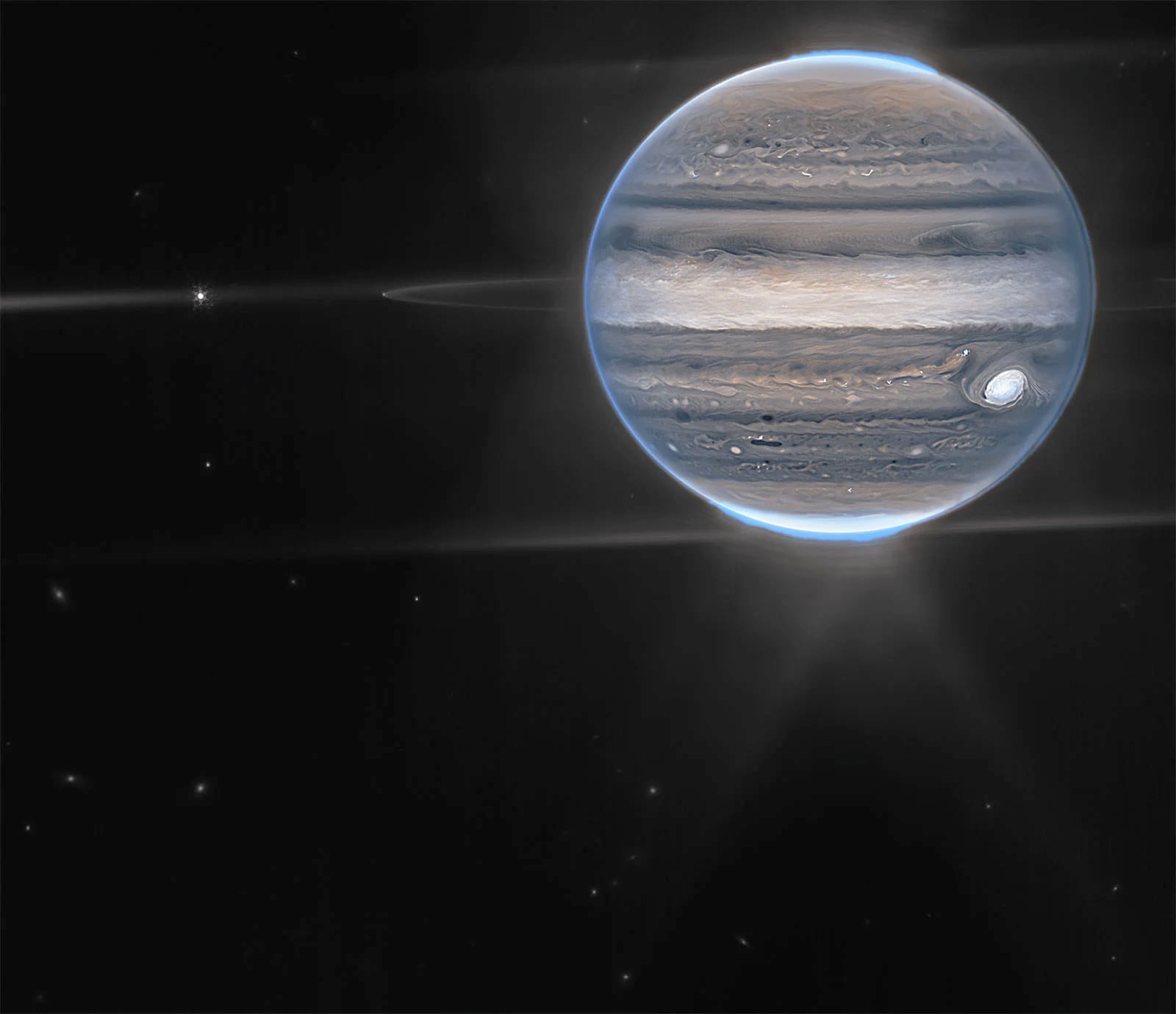