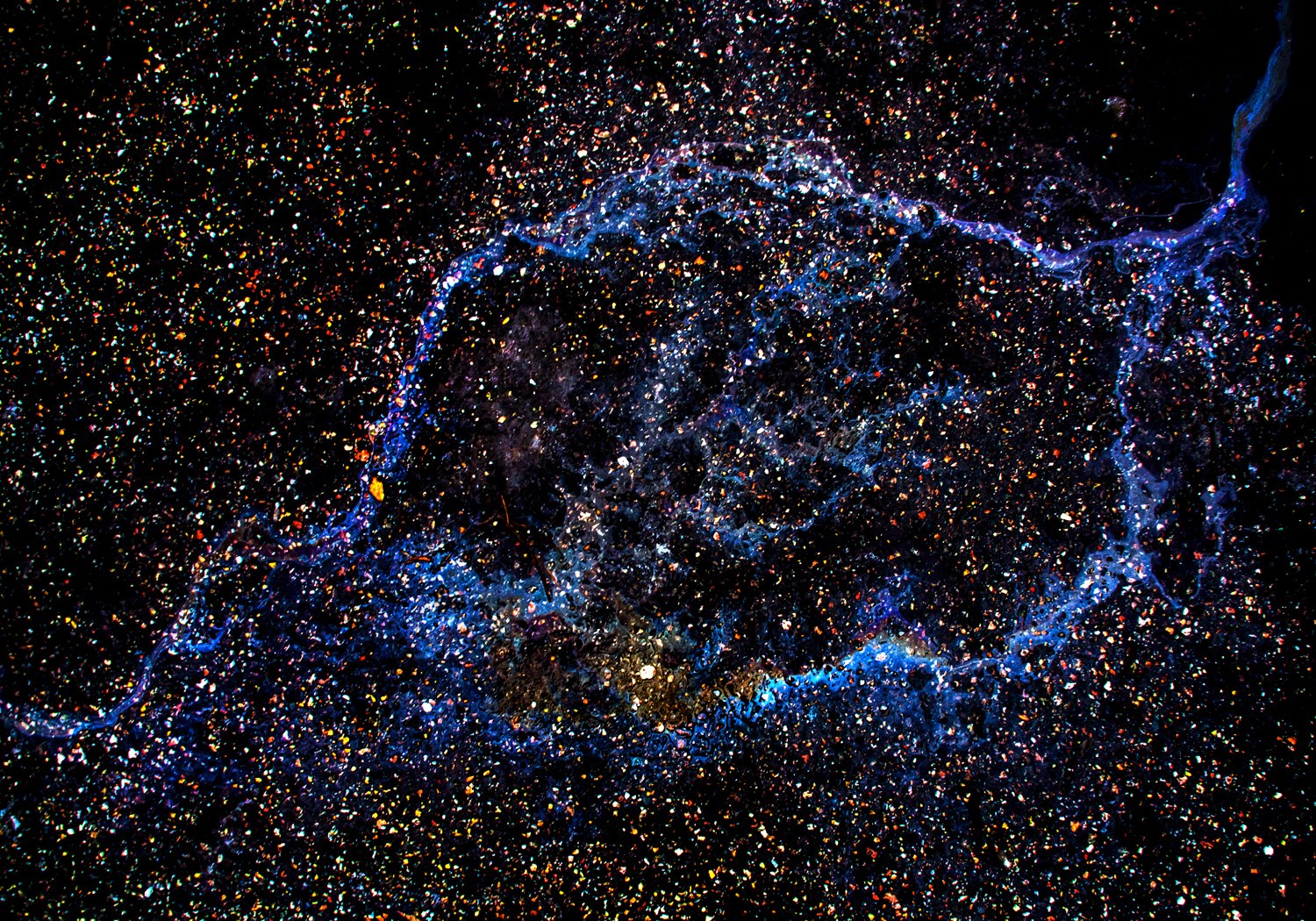 In this collection of cosmic photographs, comets, nebulas, and galaxies stretch before the human eye, showering the sky in glittering scenes that ought to be from a telescope. But instead of looking upward into the night, Finnish photographer Juha Tanhua points his camera to the ground. He documents his “oil paintings” in broad daylight, shooting gasoline and oil spills usually found in car parks. “I don’t look up, but down,” he tells Colossal. “It’s not space above us; it’s space under our feet. You can find subjects to photograph even in dull places like parking lots. Expect nothing, get everything.”

The photographer first got his idea for the gasoline puddles when noticing an oil spill next to his car. “It looked a little bit like the northern lights,” he says. He forgot about the image, which he named “Urban Aurora Borealis,” until finding it months later when organizing an archive. After that, when walking around parking lots after heavy rain, he began to notice more leaks and started to document them. He now has hundreds in his collection. “I named them oil paintings,” he says. “Because it looked like artworks under cars.”

Tanhua likens rain to a brush, which “paints the artwork” and is an essential component in ensuring the stains don’t fade in the dry summer. Once captured, he plays with the exposure, editing the highlights, shadows, and contrasts of each image to gain the appearance of galactic matter from a combination of the oil patterns and the ground’s rough texture.“When I shoot against black asphalt and underexpose the image, the rocks on the asphalt turn into stars,” he explains.

Currently living in the small village of Vuolenkoski, near Lahti in Southern Finland, Tanhua obtained his first camera at age 15, when his father gifted him an Olympus 35 DC compact model that he purchased while working in Japan. In 1979, Tanhua began an apprenticeship at a local studio, which launched subsequent careers in journalism and later freelance photography. His works are now included in collections within the Finnish National Gallery and Lahti Art Museum. You can find more of his photos on his website. (via Peta Pixel) 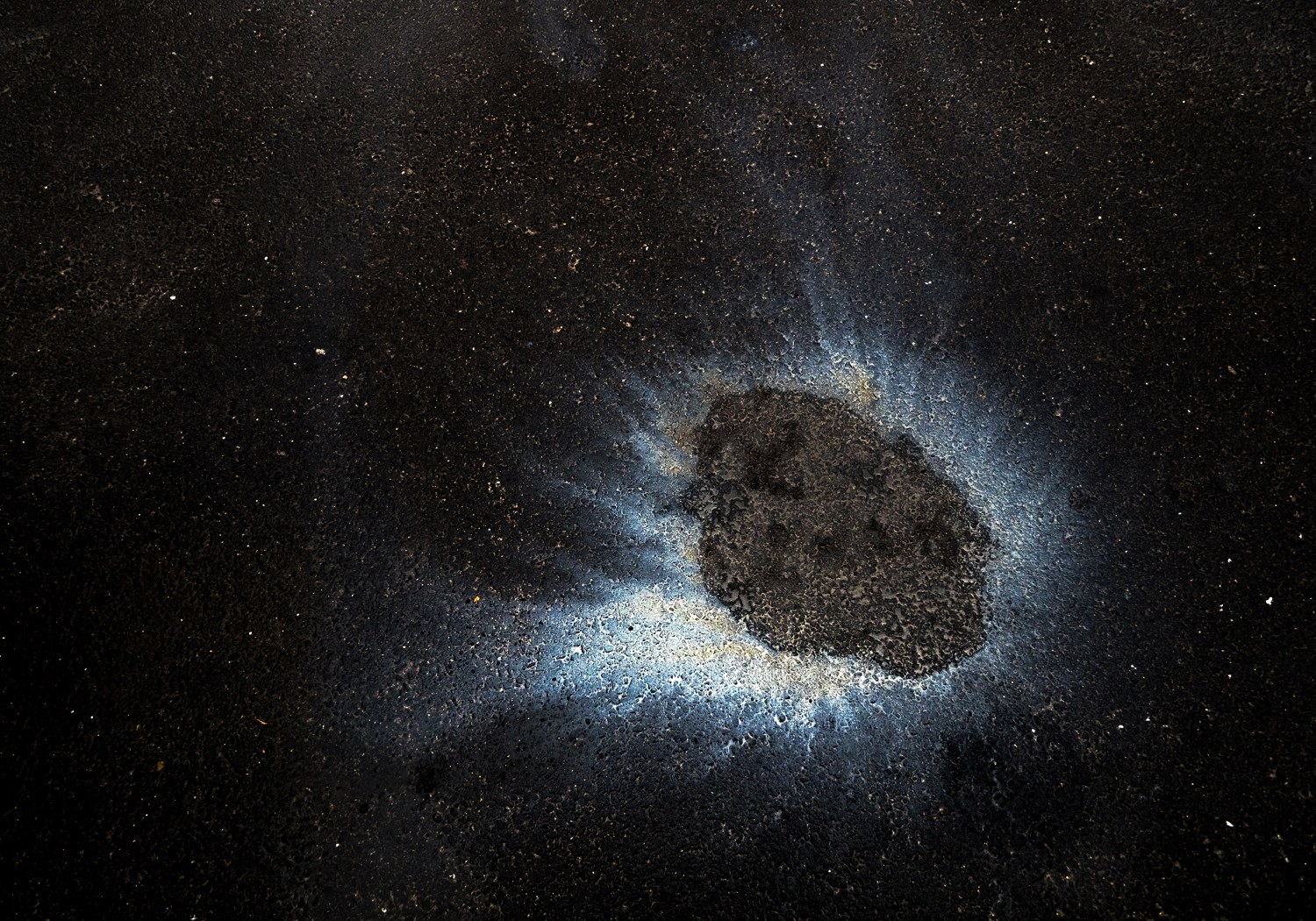 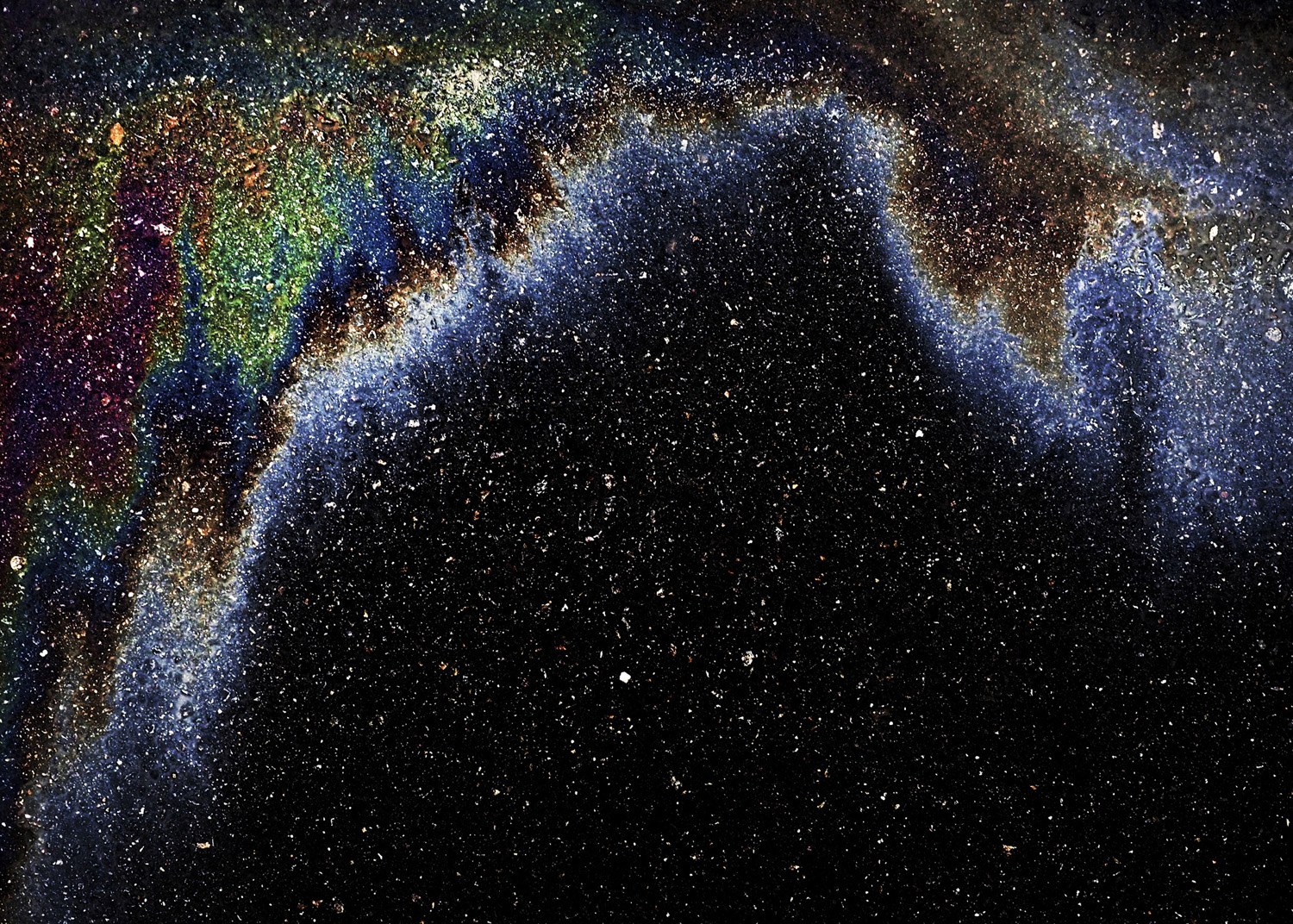 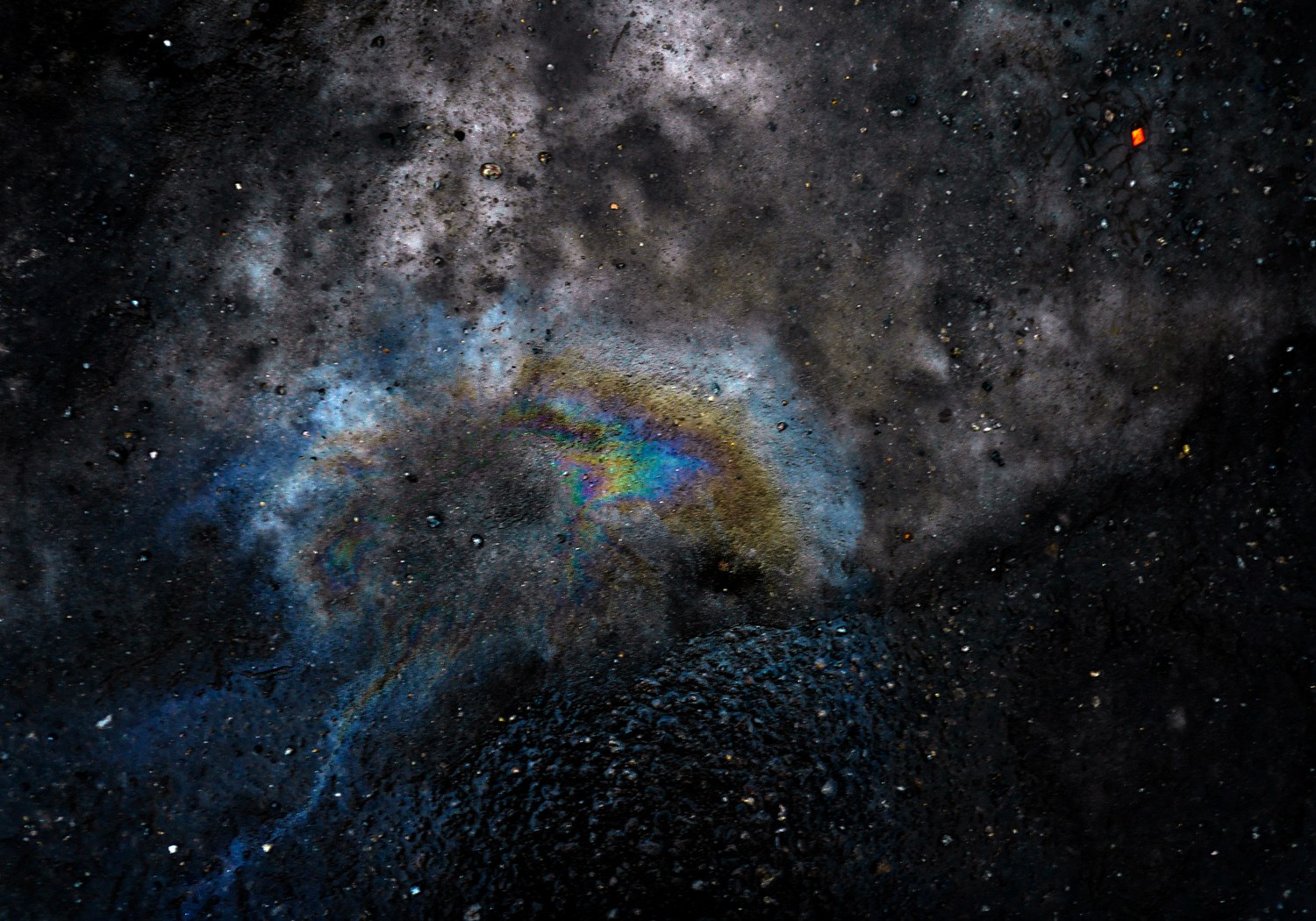 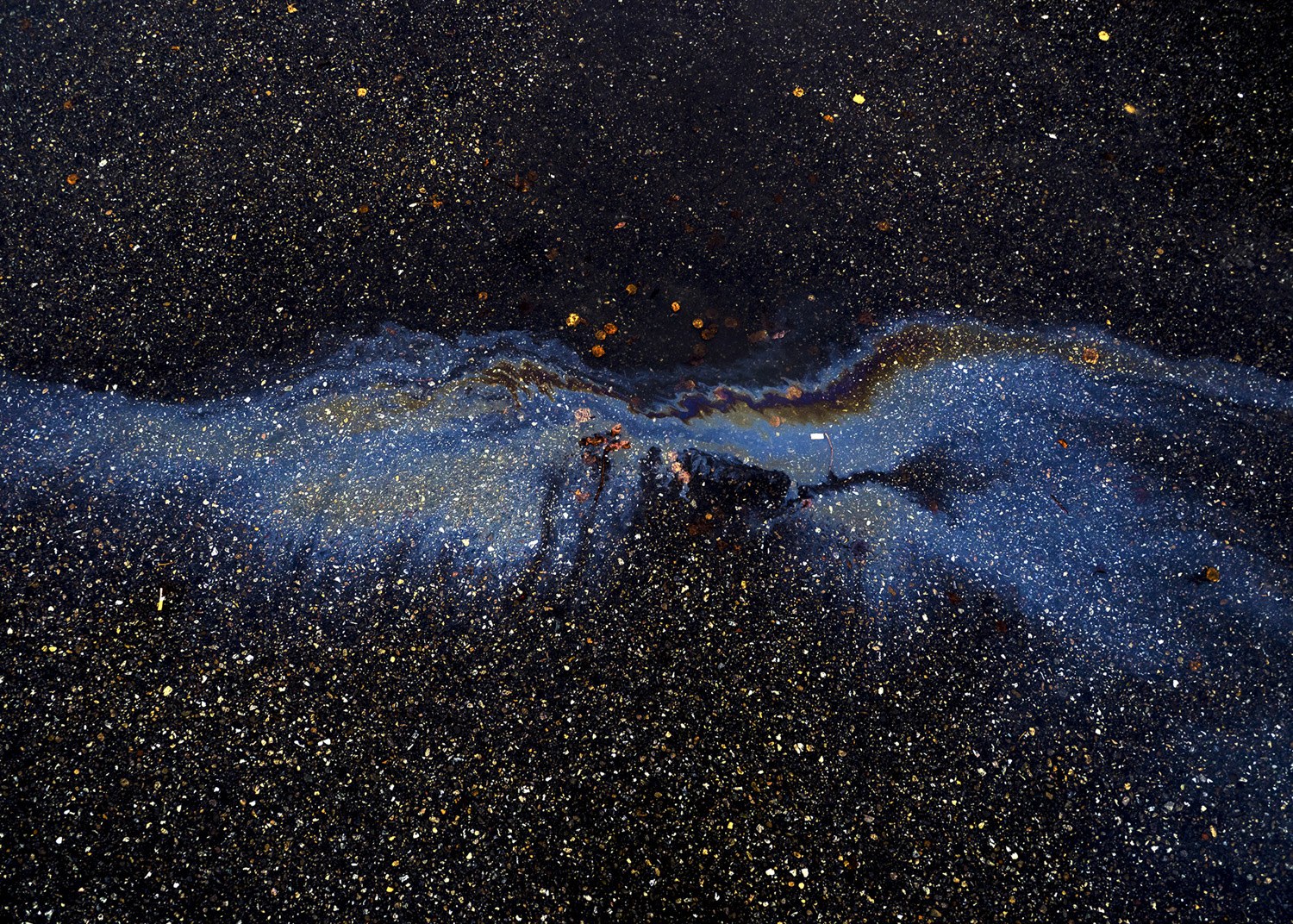 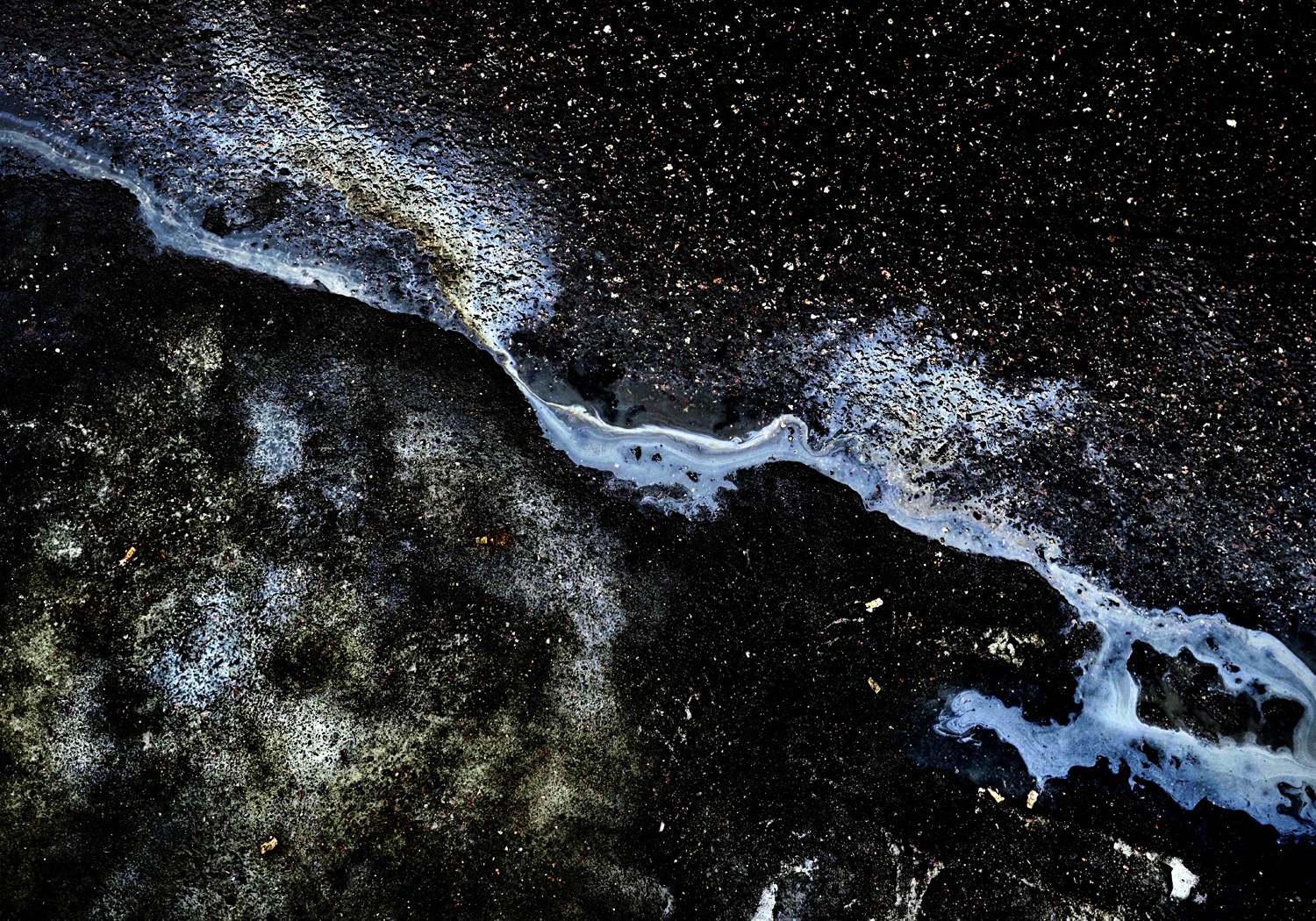 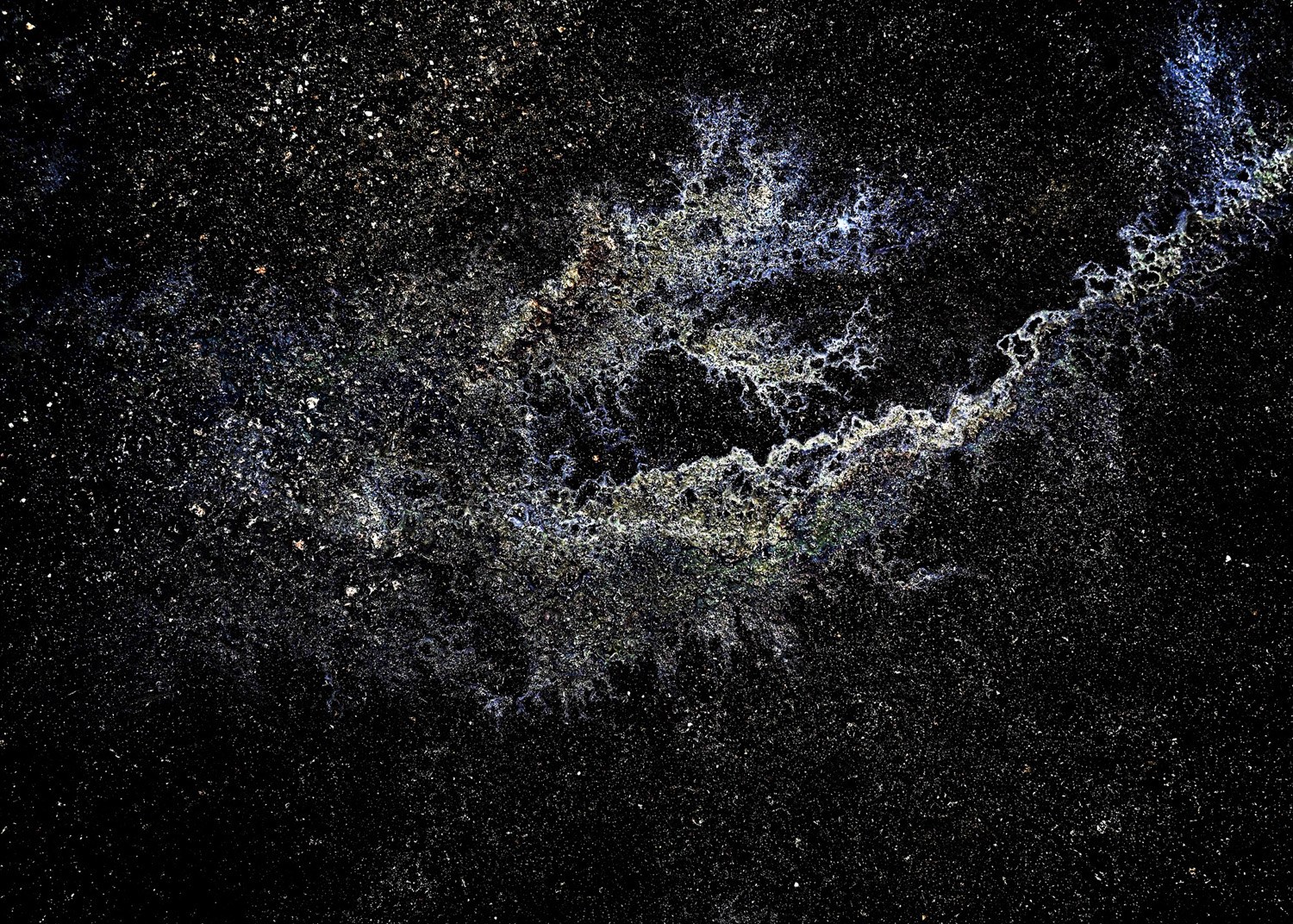 Cheap non-stop flights from New York to Iceland from only $252!