It’s not uncommon that a request to upgrade a particular flight (or set of flights) can’t be confirmed immediately and instead has to be placed on a waitlist which I’d strongly urge our readers to keep an eye on.

In many cases upgrade inventory becomes available but the waitlist isn’t processed in time which could lead to the valuable seats going away again either by someone purchasing it or to another person on the upgrade list who is faster.

I just had such a situation once again with American Airlines where I was waiting for a systemwide upgrade to clear for Las Vegas – Dallas – Ft Lauderdale. The first segment cleared last week already but on the DFW-FLL there was only one seat left and last night – to my surprise – upgrade space opened up in C class which is the required inventory on American for systemwide upgrades.

The waitlist is supposed to clear automatically but it’s really a good idea to keep monitoring this process yourself to be able and react quickly by calling the airline and securing the upgrade manually rather than waiting for the waitlist tools to scan through again.

I previously set up an alert with ExpertFlyer that looks like this: 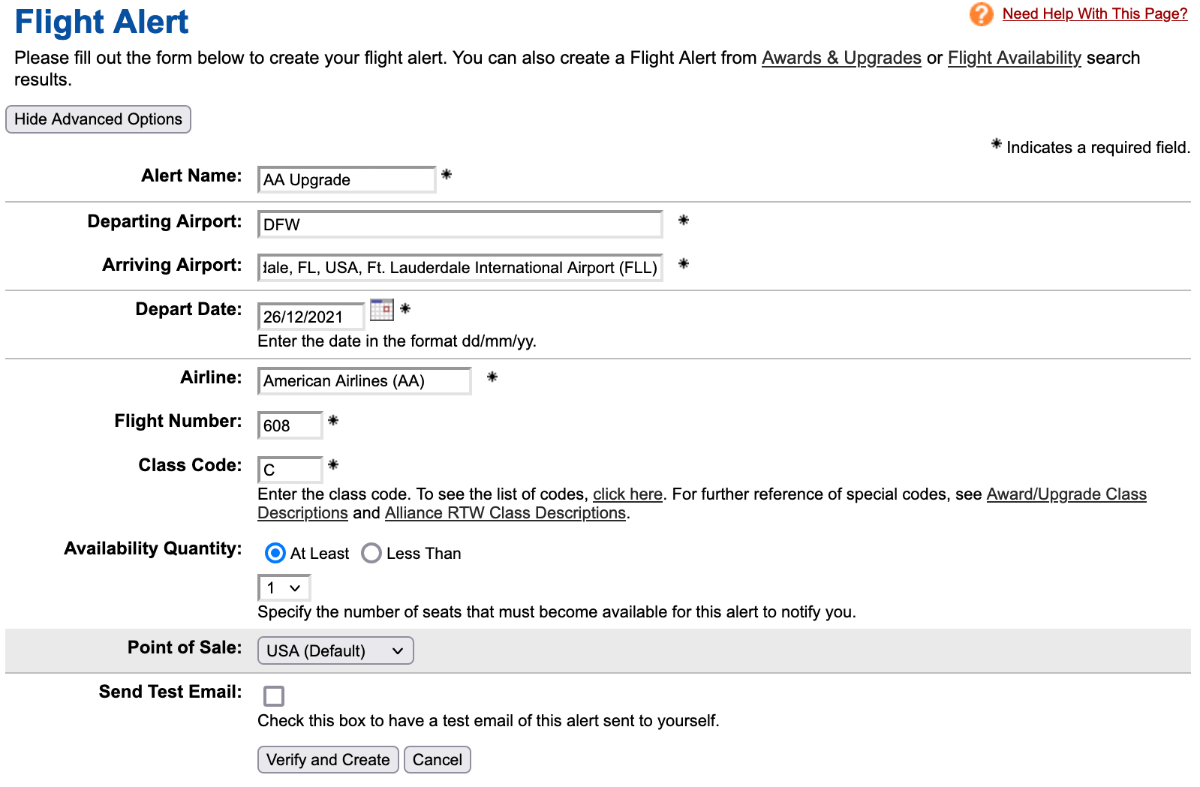 ExperFlyer in the premium version scans constantly and has been a very reliable tool over the years to look for particular inventory on a flight.

You will receive an email alert when space opens up after which you can call the airline and ask them to process the upgrade you have requested. Usually, this even allows you to jump over other people on the upgrade list if they’re ahead of you because they’re still in the loop to be confirmed automatically while in your case with available seats the agent is able to confirm you manually on the spot.

Last week I wrote about the dilemma with American’s systemwide upgrades for Executive Platinum members that likely expire in the summer, many of which likely remain unused.

The AAdvantage Executive Platinum Conundrum: Are Your Systemwide Upgrades Wasting Away Too?

Rather than letting more upgrades expire and sitting in Economy, I decided to use an upgrade on this two-segment domestic itinerary, both segments being roughly 2:45h long.

There is no way I’d have cleared the upgrade based on the complimentary upgrade benefit for Executive Platinum members. This was the last available seat in First Class on DFW-FLL and to be honest, I’m more than surprised they opened up C inventory 3 days out.

Ten years ago I rarely missed an upgrade as Executive Platinum. Nowadays it’s very hard to get cleared for anything and even the most trivial routes such as LAX-LAS are often impossible to get upgraded on as I experienced again last week.

This doesn’t just go for American Airlines but multiple carriers that allow you to monitor upgrade space through Expertflyer or GDS tools.

If you’re on the waitlist for an upgrade or intend to upgrade a particular flight and it can’t be confirmed right away I recommend monitoring the inventory yourself rather than trusting exclusively in the airline’s system.

This case highlights once again how you can benefit from setting up personal alerts that allow you to quickly react and secure your upgrade while many others are possibly still waiting and might never clear. The Expertflyer alerts that are available in the premium version have been very worthwhile for me.

What You Missed: Carpooling App Takes On Colorado Ski Traffic