After falling into disrepair and undergoing serious renovations since closing its doors in 2011, New York City’s notorious Hotel Chelsea is finally reopening (special “hard hat” rates are currently available from $375 a night if you want to take a peek before the official grand reopening this summer). Guests can expect shiny new amenities like a French-style bistro, a swanky new Lobby Bar, a luxury event space called the Bard Room (named for Stanley Bard, the hotel’s former co-owner and longtime manager), and a rooftop fitness center and spa. El Quijote, an updated version of the hotel’s iconic 1930s restaurant, is now open, serving up Spanish-inspired food and cocktails.

Since its original opening in 1884, Hotel Chelsea has made news for everything from its intriguing celebrity encounters, appearances in popular books and movies, and for past events that can only be described as downright macabre. Here’s a look at some of the most interesting facts about the legendary Manhattan landmark.

Hotel Chelsea is constantly listed as one of the most haunted buildings in New York City, and for good reason. The Living with Legends: Chelsea Hotel Blog keeps tabs on ghostly encounters throughout the property, including The Sopranos star Michael Imperioli’s brush with Mary, a Titanic survivor who died by suicide in her room after hearing her husband had perished; she is often seen checking her appearance in mirrors. Another lingering spirit, Larry the Hipster Ghost, is a talkative type known for interrupting other ghosts as they try to tell their stories to visiting mediums, imparting his endless stream of wisdom on whoever will listen.

Perhaps the reason the Hotel Chelsea is so haunted is due to the amount of bizarre fatalities that have occurred here over the years. Welsh poet Dylan Thomas famously died in room 205 after saying he had consumed 18 shots of whiskey (his death was actually caused by brain swelling due to pneumonia), while Nancy Spungen was infamously stabbed to death by Sid Vicious of the Sex Pistols in room 100 (he died there four months later of a drug overdose).

Oftend referred to as “The Last Bohemian Haven,” the list of celebrities who have called the Hotel Chelsea home is long and includes musicians—Bob Dylan, Bette Midler, Jim Morrison, Patti Smith, Madonna, Rufus Wainwright, the members of Pink Floyd, and Jimi Hendrix, among others—as well as artists such as Andy Warhol and Jackson Pollock. Literary luminaries including Mark Twain, Tennessee Williams, Allen Ginsberg, Charles Bukowski, Jean Paul Sartre, Thomas Wolfe, Dylan Thomas, and O. Henry all took up residence in the hotel over the years as well. It’s where Janis Joplin and Leonard Cohen conducted their affair; Arthur Miller lived there after his marriage to Marylin Monroe; Sir Arthur C. Clarke penned the 2001: A Space Odyssey screenplay within the hotel’s walls; and Jack Kerouac is said to have cranked out his Beatnik masterpiece On the Road in three weeks while living there. 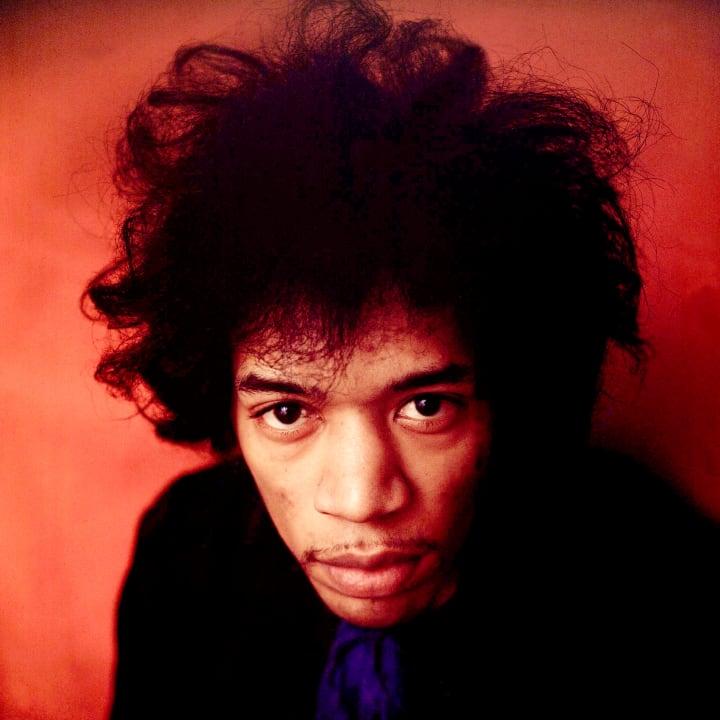 According to Hotel Chelsea lore, legendary guitarist Jimi Hendrix—a longtime resident—was once accidentally mistaken for a bellboy by an elderly female guest who failed to recognize him. Hendrix, ever the gentleman (and seemingly amused by the mixup) graciously obliged, and carried the woman’s luggage up to her room.

Over the years, Hotel Chelsea’s appearance became famous in its own right. Madonna conducted her scandalous-at-the-time photoshoot for her book Sex in room 822 in 1992, after living there in the 1980s. Portions of Andy Warhol’s film Chelsea Girls were filmed within the hotel’s hallowed halls, and it served as the backdrop for Bon Jovi’s music video for “Midnight in Chelsea.” The singer-songwriter can be seen strumming his guitar out front and from the window of one of the rooms. The property also appears in the films 9½ Weeks, The Interpreter, House of D, and Hotel Chelsea, among countless other titles.

In addition to more typical pets like cats and dogs, one tenant in particular was known for keeping an array of interesting creatures in his Hotel Chelsea apartment. George Kleinsinger, an American composer known for his 1940s children’s song, “Tubby the Tuba,” reportedly had several turtles, a monkey, a prized Patagonian lizard, and snakes, which were known to hunt cockroaches in the hotel’s stairwell.

If you’re interested in learning more about the storied history of the Hotel Chelsea as well as its current residents’ fight to restore the building to its former glory, don’t miss Dreaming Walls: Inside the Chelsea Hotel, a new documentary that premiered at the Berlin International Film Festival in February 2022. Filmed amid the ninth year of the property’s drastic renovations, the film follows several residents as they prepare for the unknown, looking back on the property’s counter-culture past and the reckoning it faces under new ownership and the beckoning call of commercialism.

Cheap flights from Milan & Venice, Italy to New York for only €276!

Cheap flights from Milan & Venice, Italy to New York for only €276!