10 Women Writing in the Time of Shakespeare

Virginia Woolf was convinced that women couldn’t have been writers in Shakespeare’s time. Even intelligent women “[couldn’t] have taken part in any one of the great movements which … constitute the historian’s view of the past,” she lamented in her 1928 lecture, A Room of One’s Own. If Shakespeare had had an equally talented sister, Woolf said, she would have been doomed to a life of domestic drudgery while her brother shot to stardom.

She couldn’t have been farther from the truth.

Women were everywhere on the 16th- and 17th-century literary scene, writing and publishing alongside men. But a century after Woolf, many of their names are still unknown. Here are 10 female contemporaries of Shakespeare—not his sisters, just his equals.

Move over, Shakespeare—women wrote plays, too. Although it was never performed during her lifetime, Elizabeth Cary is known for The Tragedy of Mariam (1613), the first known play in English written and published by a woman. Its heroine, Mariam, is the wife of the Biblical king Herod, who murdered her family to cement his claim to the Judaean throne.

Everyone knows Mary Stuart—but did you know she was a poet? Her cousin Elizabeth I kept her under a 19-year-long house arrest in England. Their rivalry is the stuff of popular film (most recently one starring Saoirse Ronan and Margot Robbie), but Mary’s authorship remains in the shadows. Many of her poems chronicle her imprisonment and isolation. In a sonnet written the year she was executed, she describes herself as:

“… a body deprived of a heart,
A vain shadow, an object of misfortune
Who no longer has anything in life, but to die.” 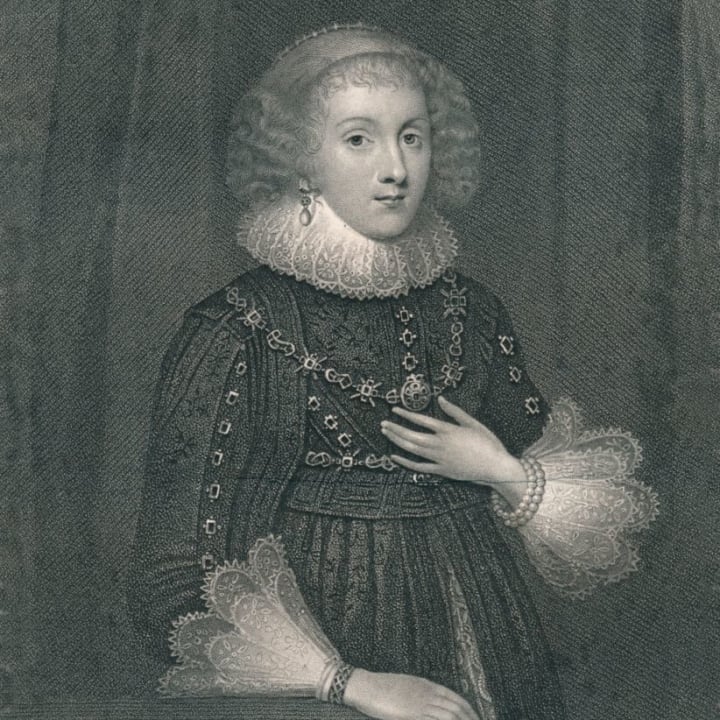 The Countess of Pembroke stumbled into a writing career when her writer-brother, Philip Sidney, died, leaving a pile of unfinished work. While completing it, Pembroke began writing texts of her own, including elegies for her dead brother and The Tragedy of Antonie (1595), a translation of the French play Marc-Antoine (1578) by Robert Garnier (and a source for Shakespeare’s Antony and Cleopatra).

Mary Wroth’s affair with her cousin, William Herbert, became the major inspiration for her enormous romance—the first in English by a woman—The Countess of Montgomery’s Urania (1621). Wroth was the niece of the Countess of Pembroke and Philip Sidney—clearly, literary talent ran in the gene pool!

In 1560, Anne Lock became the first person—man or woman—to publish an English sequence of sonnets. With A Meditation of a Penitent Sinner, she beat Shakespeare by nearly 50 years!

While many Renaissance writers (excluding Shakespeare) didn’t live by their pens, Isabella Whitney was the first professional Englishwoman writer (some sources give this designation to Aphra Behn, but Whitney was writing for a living nearly a century before Behn put pen to paper). Her poem “To Her Unconstant Lover” is written from the viewpoint of a woman to her cheating partner. It’s partly inspired by Ovid’s Heroides, poems in the voices of mythological women abandoned by their husbands and lovers. She may have married around 1580, but earlier, she claimed in a poem that, being unconstrained by a woman’s traditional domestic role, she devoted herself instead to writing:

“Had I a husband, or a house,
and all that [be]longs thereto,
My self could frame about to rouse,
as other women do:
But till some household cares me tie,
My books and pen I will apply.” 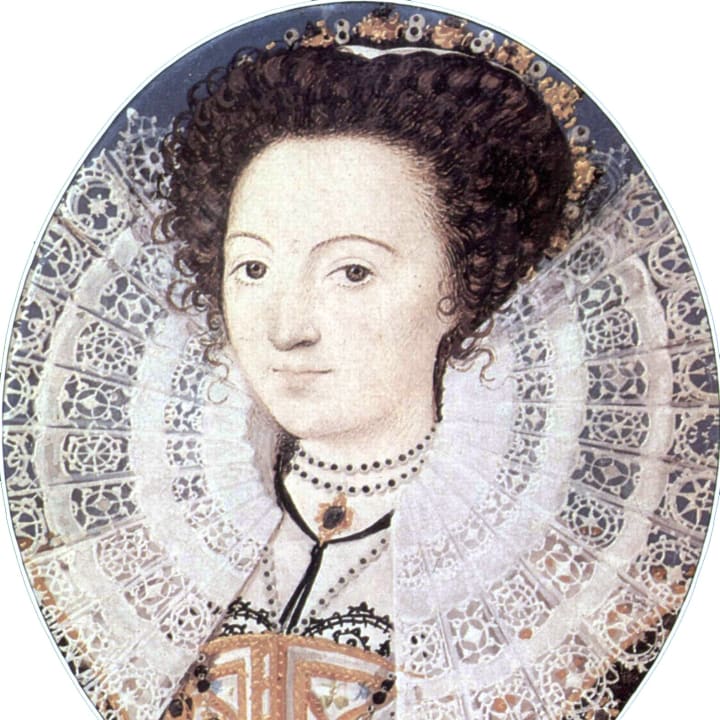 In her proto-feminist poetry collection, 1611’s Salve Deus Rex Judaeorum (Hail God, King of the Jews), Aemilia Lanyer laments men’s tendency to blame women—and holds them responsible for their share of humankind’s problems. In the title poem, Lanyer tells the story of how Pontius Pilate condemned Christ despite his wife’s warning that doing so was probably a bad idea. 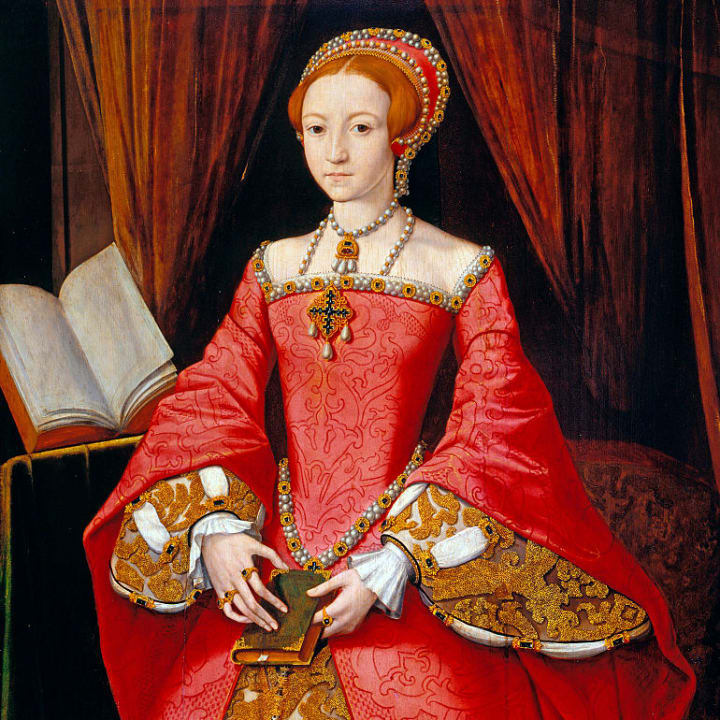 Elizabeth wasn’t just a patron of Shakespeare—she was a writer herself. In addition to penning letters, translations, and speeches, the Virgin Queen wrote poems describing her experiences on the throne. One such poem, “On Monsieur’s Departure,” is a farewell to the French Duke of Anjou, whom she courted but didn’t marry. 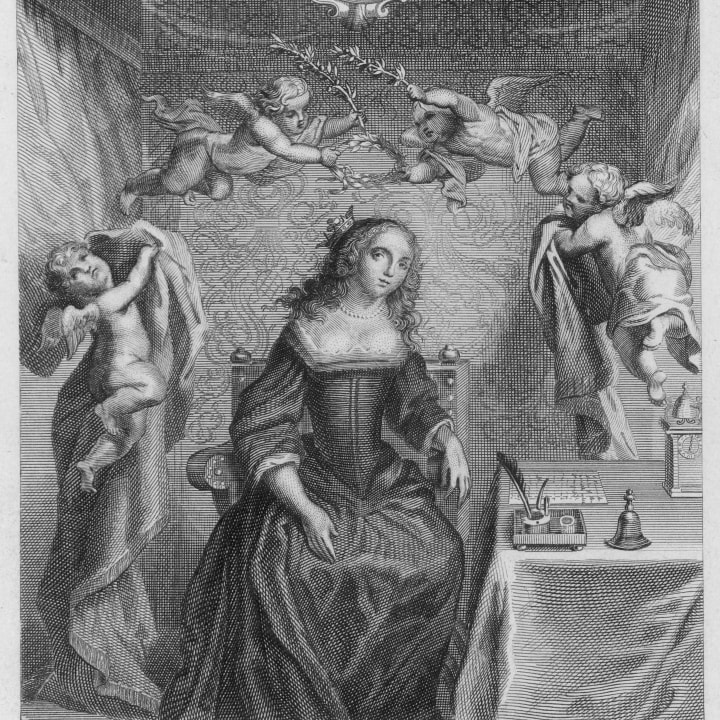 Margaret Cavendish was the first woman to attend the Royal Society of London, rubbing elbows—and crossing swords—with male philosophers and scientists, including Thomas Hobbes and Robert Hooke. She merged her enthusiasm for science with the written word, becoming one of the earliest English writers of science fiction. In her romance, The Blazing World (1666), she imagined herself as the empress of a fantastical kingdom, directing scientific research among the strange humanoid creatures who inhabit it.

Lucy Hutchinson was also fascinated by science. She translated De Rerum Natura (On the Nature of Things), a 1st-century BCE poem about atoms by the Roman philosopher Lucretius, into English for the first time. She later repudiated the translation as being in conflict with her Puritanism—but her achievement lives on.